The Next Generation in Diamonds.

Home
/
Moissanite
/
Why Buy Fake Diamond Rings When You Can Have Moissanite? 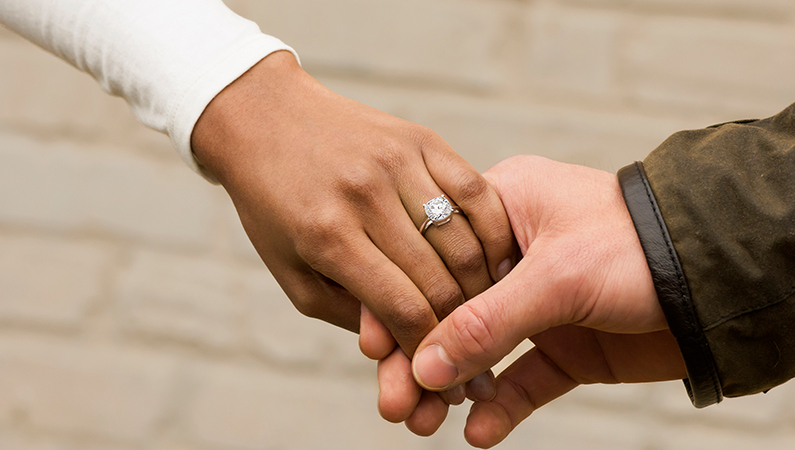 There is no need to buy fake diamond rings, when moissanite rings are even more beautiful and cost less! This beautiful stone is nothing at all like cubic zirconia. A lab-grown gem, Moissanite is considered one of the most beautiful gemstones on the market today. Naturally-occurring crystals, however, are very rare. Just a handful have ever been discovered, and always in extreme environments such as meteorites, upper mantle rock, or even as tiny inclusions inside diamonds. A few were found in Canyon Diablo near Meteor Crater in Arizona by Nobel Prize-winning scientist Dr. Henri Moissan in 1893; mineralogist George Kunz later named Moissanite in his honor.

It was almost one hundred years later that the first large, gem quality crystals were successfully grown in a high-tech North Carolina lab. In 1998 the gems were introduced on the open market by Charles & Colvard, who remains to this day the sole source of created moissanite gemstones.

Each gem is grown slowly, subjecting silicon and carbon to tremendous heat and pressure in a patented two-step process which creates the most brilliant jewels in the world: Forever Brilliant ®. These wonderful gems have a hardness of 9.25, are dazzling even by candle light, and will last for generations. These stones have a refractive index of 2.65-2.69, so they exhibit more brilliance even than diamond.

You can purchase Moissanite for considerably less than comparable diamonds. You can also create your own beautiful rings by choosing the metal, the setting, and the stones you prefer, so that you get exactly what you want. These are not fake diamond rings; they are real Forever Brilliant ® moissanite jewelry. Each stone comes with a certificate of authenticity and a Limited Lifetime Warranty. Stones larger than 5mm have a laser inscription on the girdle of the gem that confirms that each Forever Brilliant ® moissanite meets their high standards.

In today’s fast-paced, independent world, women (and men too) do not need to wait for someone to give them beautiful jewelry. We prefer to select our own jewelry, so that we get the exact style that suits us; and if the gems cost less, we can afford more jewelry, and there is nothing wrong with that! Of course there is still no more romantic gift than a beautiful ring for either a man or a woman to receive. So don’t buy yourself or your friends any fake diamond rings; instead, buy a real moissanite ring from mirrorkingdom.com.

The World's Most Brilliant Gem® Better Made, Better Cut Moissanite is one of the rarest minerals found in nature, and we've made it our mission to share its beauty and…

At first glance Moissanite resembles diamond and might be mistaken for a diamond, a synthetic (lab grown) diamond or diamond simulant (CZ). When compared with cubic zirconia or CZ (perhaps…

Innovation & Creativity at the Heart of Moissanite

Last month, one of our favorite independent jewelry designers, the wickedly talented Heidi Gibson, visited us here at Charles & Colvard® HQ.  She was given a tour of our manufacturing…

The Millennial generation, also known as Generation Y, is quite possibly the most written-about generation in history, and perhaps the most divisive. Millennials have been characterized as entitled, selfish, and…

No products in the cart.